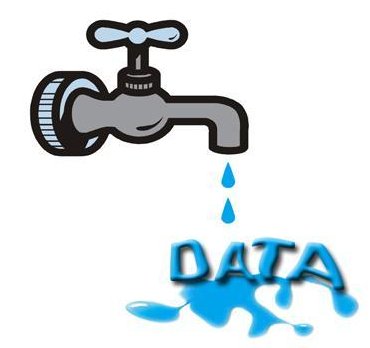 Business trade secrets are one of your most valuable assets and it’s vital to make sure they are identified and protected. If not, your IP can wind up with your competitor. Ford Motor Co. suffered more than $50 million in losses after an engineer copied 4,000 company documents onto an external hard drive in 2006 and went to work for a competitor.

Just about every successful business today has intellectual property in the form of trade secrets – a method, formula, device, process or any information that gives the your business a unique competitive advantage over your competition.

A trade secret is information and knowledge that’s kept confidential. It’s valuable because it’s something your competition doesn’t have.

For instance, your customer list is a valuable trade secret and one of the most vulnerable. Without proper controls, you could lose it from employees communicating through social media networking sites, or taking the list with them and using it at a new employer.

Types of trade secret IP include formulas, product designs, websites, software program, valuable business information such as marketing plans and customer lists, and research (and development)on what does not work such as a new type of drug that is ineffective.

Examples of well-known trade secrets include the formula for Coca-cola and Colonel Sanders recipe for fried chicken. But a secret doesn’t have to be famous to be a trade secret – many valuable trade secrets remain secret because the public is not aware that the information exists. A prime example is Google’s proprietary search algorithm, which helped it achieve dominance over the Internet.

When licensing a trade secret, the key is making sure your information remains confidential. The licensing agreement details specifically which information is confidential (and which isn’t), limits what the licensee may use it for, and specifies how long it must stay secret (usually two to five years).

Trade secrets, unlike patents, can be licensed forever. Even if a trade secret later becomes public, royalty payments under trade secret licensing agreements can continue indefinitely. A classic example is the formula for Listerine. In 1881, Dr. J.J. Lawrence licensed the formula with no time limit. Although it became public, the original licensing agreement continued to generate royalties.

READ   Have You Abandoned Your IP Assets?

Trade secrets are one of your most valuable business assets. When licensing your trade secrets, keeping control of your information is key. Be sure your licensing agreements specify what and how it will be used by your licensing partners. Most important, make sure you’ve got internal and external procedures to protect it’s confidentiality so it doesn’t wind up getting leaked to your competition.

One thought on “Are Your Trade Secrets Leaking?”