Your customer list is a valuable IP asset. Failing to protect, control and keep it confidential could threaten the very existence of your company. 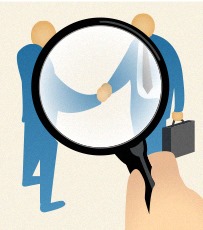 Customer lists are valuable to your company because customers generate business. You’ve spent a lot of time, money and resources acquiring and building your customer list. It’s value increases the more date it includes such as detailed information such as each customer’s sales activity, key people, sales requirements, pricing information and other details about your customers business.

If you don’t take steps to control access to your customer list, it can wind up in your competitors hands. In another case out of Australia, a former employee of a recruitment company appropriated candidate names from their database and used it to create a candidate base for her new role with a rival company.

In addition to customer lists and related data, many other forms of information are protectable as trade secrets. These include business plans, research and development data, product manuals, staff information, designs, blueprints, schematics, ingredients, formulas and manufacturing techniques.

Examples of well-known trade secrets include the formula for Coca-cola and Colonel Sanders recipe for fried chicken. Not every trade secret is famous – many valuable trade secrets remain secret because the public is not aware that the information exists. A prime example is Google’s proprietary search algorithm, which helped it achieve dominance over the Internet.

When licensing a trade secret, the key is making sure your information remains confidential. The licensing agreement details specifically which information is confidential (and which isn’t), limits what the licensee may use it for, and specifies how long it must remain secret (usually two to five years).

Trade secrets, unlike patents, can be licensed forever. Even if a trade secret later becomes public, royalty payments under trade secret licensing agreements can continue indefinitely. A classic example is the formula for Listerine. In 1881, Dr. J.J. Lawrence licensed the formula with no time limit. Although it became public, the original licensing agreement continued to generate royalties.

Trade secrets are one of your most valuable business assets and essential to your growth and competitiveness. Make sure you’ve got internal and external procedures to protect it’s confidentiality. When licensing your trade secrets, keeping control of your information is key. Be sure your licensing agreements specify what and how it can be used by your licensing partners.