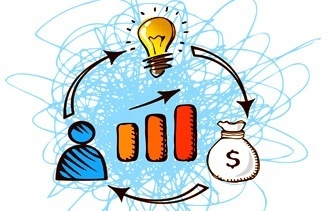 Technology companies, movie studios, and consumer brands are just some of the industries that are continually generating hundreds of millions of dollars in revenues with very little cost. Rather than spending the money and time trying to launch a new product, these companies put their intellectual property to work generating revenues from licensing deals. A recent study by Pricewaterhouse Coopers found that over 80% of Americas fastest growing companies create and use intellectual property. The report also found that the top strategy used by over 50% of these companies to develop new products and services is licensing.

You can create new sources of income from unused portions of your intellectual property. The growing importance of IP rights has created new, previously un-thought of ways to exploit and use it.

Your IP is more than just a product, brand, or software. If it’s useful to several industries, you can license it and generate new revenues from these industries.

Entertainment IP is a good example. A kids movie or TV show is much more than just “entertainment”. It’s very useful and licensed to literally dozens of consumer products industries, from apparel to automotive accessories.

Or you could have an IP that you’re unable to commercialize. Instead of letting it sit, find other applications for it in different industries. Some interesting examples include Bubble Wrap, which was originally invented as wallpaper Duct Tape, which was originally used to seal World War 2 ammunition cases; Olestra, the fat substitute product, which failed in the consumer market and was re-purposed as a cleanser for contaminated soil.

Don’t overlook these extra parts or new applications of your IP. They could be some of the most valuable. These unused rights are money-making assets that can be license into different markets, bundled with other IP, or re-purposed for new product applications.

READ   Have You Abandoned Your IP Assets?