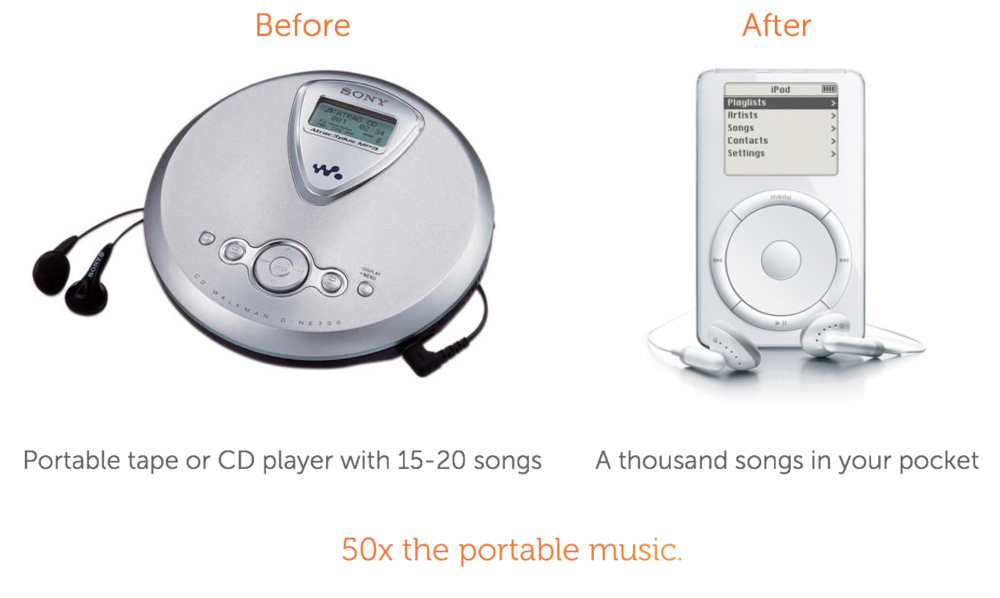 Some of the most valuable IP is built upon existing IP. It creates new industries, businesses, markets and big licensing opportunities.

Incremental IP improves or extends the life of a product or technology, such as product quality, reliability, or ease of use. Even a small improvement can have big commercial value, especially in highly competitive markets such as in computers, cell phones and electronics, which license bundles of incremental IP, including LED screens, app software, key board designs and a host of electronic components.

Throughout history, incremental IP has played a big role in building new industries. One of the earliest and most significant was the printing press, invented by Johannes Gutenberg around 1440. That IP created trillions of dollars of incremental IP including books, magazines, art, movies, TV shows, and millions of other copyright IPs around the world.

In many cases, breakthrough IP creates new opportunities for the creation and licensing of incremental IP. Apple’s IPod is a good example of a breakthrough IP (brand and product) that created huge licensing opportunities for incremental accessories. Licensing the iPod brand provided great opportunities for savvy companies to produce all kinds of terrific products to make the iPod more user-friendly and enhance the listening experience. Examples include the docking stations, wireless receivers and other products enabling the iPod to be used in the car or on the go by consumers.

Other examples of breakthrough technology that created big incremental IP markets include computers (incremental software and hardware), GPS technology (incremental versions for cars, smart phones and boats) and the automobile (the incremental IP improvements such as electric windows, ABS break systems, air bags, and many others).

Some incremental IP becomes a standard for other industries to build and sell products derived from it. Patent pools are created to pool incremental IP and license it out to companies in various industries including DVD’s, radios, smart phones, computers and consumer electronics, which often require thousands of IP rights, most of which are not owned by them. These incremental IPs are licensed as a “pool of rights” at a low royalty rate. It enables manufacturers to use these IPs to make and sell products at a competitive price. In return, these industry standard IPs receive a royalty on every product sold by these manufacturers.

Sometimes the incremental IP is crucial to the public health or national security. In these cases, the government will mandate it must be licensed through a patent pool so it’s accessible to everyone, as they did when the US was scaling up aircraft production for World War 2.

Because incremental IP is an improvement on an existing product or technology, it means there’s existing markets, distribution channels and customers. And it also means there’s existing competition, often in the form of bigger and better financed companies. Rather than going head to head with these companies, licensing is often your best strategy to commercialize incremental IP. Especially if your IP is in a crowded field with lots of players, such as the high tech industry, that’s not only highly competitive but also prone to lots of patent infringement litigation.

If your IP is in an existing market where customers loyalties already exist with particular brands and companies, that means very high risk and lots of money trying to establish your IP in the marketplace. Bigger company’s that are market leaders dominate their market, and if you’re a startup, it’s impossible to unseat them. A good example is soda beverages, where Coke is the dominate brand with high consumer loyalty to their product. It’s very difficult (if not impossible) to convince these customers to drink a different cola drink. This consumer loyalty enables Coke to capitalize on these customers with their other types of beverage products.

READ   7 Tips for Working with Your Licensing Agent and Attorney

In this case, licensing to the market leader is a better strategy. I’m working with a client who created a valuable technology for the toothbrush market. It’s a multi-billion dollar global market dominated by some of the biggest consumer products companies in the world. They’ll never be able to out spend these companies, and that’s why licensing is a core part of their long-term business strategy.

Distribution channels will also be dominated by existing companies. Food is a good example. It’s very difficult and expensive to get a new food product on supermarket shelves. Big food companies, such as General Mills, Kraft and many others dominate these channels. I worked with a client who invented a new hair coloring packaging system for the professional salon market. The distribution channel is dominated by very big consumer products companies, such as L’Oreal and others. This is an ideal situation for licensing. Rather than try to compete against these big players, it’s better to license to one of them.

If your intellectual property is an incremental improvement to existing products or technology, licensing is a better route. It’s valuable if it improves quality, reliability, ease of use, lowers costs or opens new market applications. It’s ideal for licensing because it builds upon a licensing partners IP, and is less risky than breakthrough IP with unknown markets. How much a licensee will pay ultimately depends on how big a part your incremental IP plays in extending or improving their product or technology.