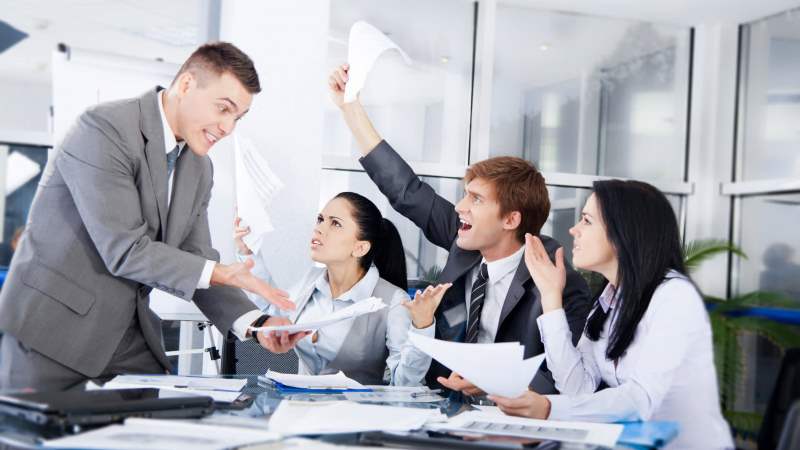 Recently Qualcomm announced it was taking a hit on its revenue forecast. The reason is a royalty dispute with Apple, which is withholding royalty payments on its contract. At issue is the royalty rate formula that determines how much Apple owes Qualcomm for the rights to use its chips in its iPhone. This royalty dispute is costly to Qualcomm’s revenue since Apple is one of two companies (Samsung is the other) that generates about 40% of Qualcomm’s total revenue.

This is an example of why it’s critical royalty payments are obvious in the licensing agreement. It must specify how it’s calculated, such as a percentage of net sales. Net sales, in turn, are further defined, such as gross sales less damaged goods, taxes, or other agreed-upon deductions (as well as those costs that won’t be deducted, such as production and advertising) before paying the royalties.

While there are many ways to calculate royalty payments, here is a quick summary of some of the most common ones.

Sometimes these are combined, and if the agreement doesn’t specify how it’s calculated or paid, it’s a potential dispute waiting to happen. Your licensing partner interprets it one way while you think it’s something else.

And that leads to not getting paid your full royalty amounts. A 2013 Royalty Compliance report by Invotex found 89% of audited licensees under-report and underpay royalties and 56% under-report sales. 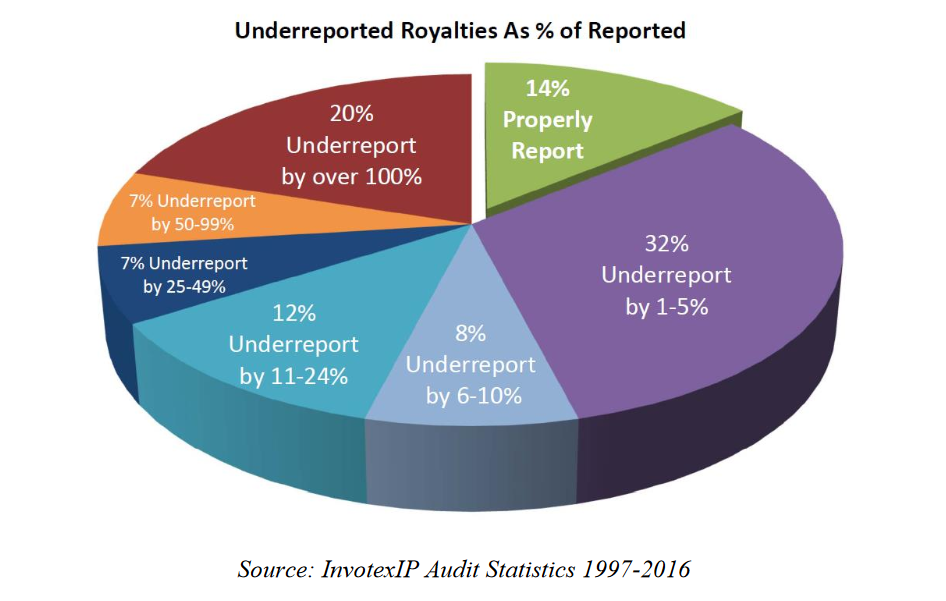 Another way to reduce royalty mistakes is by providing a royalty report form that licensees submit with their sales and royalties owed information. Case in point. All the licensing deals I did while at the studios always included a royalty reporting template form. It detailed the specific information required, including the licensed product description, units sold, selling price, discounts, and total sales. These reporting templates made it more efficient and easier to track royalty payments and verifying the licensee is only selling products covered in their licensing agreement.

Reporting isn’t the only way to manage your royalty payments. Another way is with a royalty audit, an important term to include in your licensing agreement. It gives you, the IP owner, the right to audit the licensee’s books to verify the sales and royalties they reported are correct.

Now in my experience, most licensees are not out to shortchange the IP owner on royalties. But sometimes, there are situations where royalty payments come up short. Such as a big kids entertainment property, with dozens of licensees and hundreds of products (and product variations) generating millions in licensed merchandise sales. The size of these licensing programs requires auditors to verify royalty payments, which in some cases resulted in collecting tens of thousands of dollars in more royalty payments. Under-reporting sales (and royalties) and sometimes selling products not included in the licensing agreement were the biggest reasons for these payment discrepancies.

Don’t leave your royalty rates open to interpretation. If the royalty calculation formula isn’t clear, you’ll receive less than what’s owed to you. It’s also important to detail when and how royalty payments are reported. And finally, you must watch your royalty payments, and if necessary, audit your licensees to make sure they’re paying the right amount of royalties.