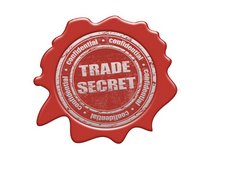 A trade secret is information and knowledge that’s kept confidential. It’s valuable because it’s something your competition doesn’t have. Trade secrets include inventions, know-how, and show-how information.

Types of trade secret IP include formulas, product designs, websites, software program, valuable business information such as marketing plans and customer lists, and research (and development)on what does not work such as a new type of drug that is ineffective. Examples of well known trade secrets include the formula for Coca-cola and Colonel Sanders recipe for fried chicken.

But a secret doesn’t have to be famous to be a trade secret – many valuable trade secrets remain secret because the general public is not aware that the information exists. A prime example is Goggle’s proprietary search algorithm, which helped it achieve dominance over the Internet.

READ   Are You Licensing Artwork or Building a Brand?

Trade secrets are one of your most valuable business assets and essential to your growth and competitiveness. Make sure you’ve got internal and external procedures to protect it’s confidentiality. When licensing your trade secrets, keeping control of your information is key. Be sure your licensing agreements specify what and how it will be used by your licensing partners.